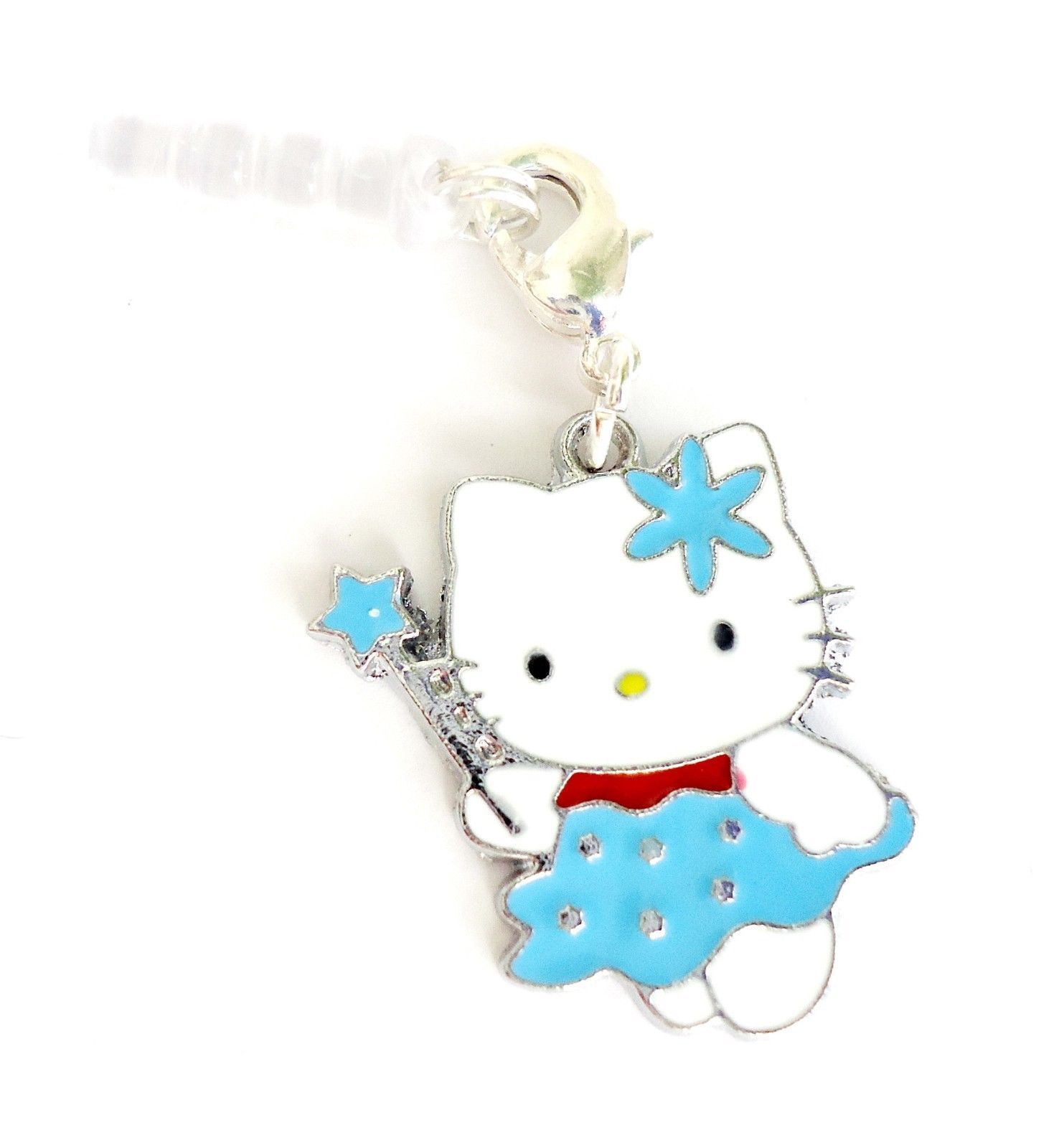 Make Your Phone Unique With a Hello Kitty Charm

Cellphone charms are also known as phone danglers, phone lanyards, phone chains, and phone straps. Hello Kitty cell phone charms range from foam stress relief pieces to decorative options with crystals and rhinestones. They can be attached to your cellphone to provide a unique touch.

What are cellphone charms?

What is Hello Kitty?

It is a cartoon character envisioned by a Japanese-based company called Sanrio. The character, who is really a little girl and not a feline, was first introduced in 1974 on a coin purse. In the 1980s, the character, along with her friends, became an animated television series. She can still be found emblazoned on clothing, blankets, towels, stationary, pens and pencils, cellphone covers and accessories, and many other products.

What is a cellphone dangler squishy?

Cellphone dangler squishies are cellphone accessories made out of foam. The squishies can also be used as a stress reliever, allowing the phone owner to squeeze them to relieve tension as they watch them return to their original shape as a form of stress release.

What is an antidust plug cover charm?

An antidust plug cover is unlike the typical hanging phone danglers. These type of ornaments have the character attached to a small rubber plug. It plugs into the docking port of your phone and protects the port from dust or lint getting trapped inside. It can then be removed to access the port easily. Some options still have a dangling cellphone ornament that hangs from the plug, rather than attached upright from it.

What are Angel Sprite and Hula Dancer charms?

Angel Sprite and Hula Dancer phone danglers are accessories depicting the Kitty cartoon character as a hula dancer. The charms were an exclusive release from Japan. As part of a promotional push, they were released as a pair with a set of lip gloss. The Angel Sprite character is inside a lip gloss compact. The hula dancer is on top of a lip gloss tube and sealed in plastic.

Content provided for informational purposes only. eBay is not affiliated with or endorsed by Sanrio.