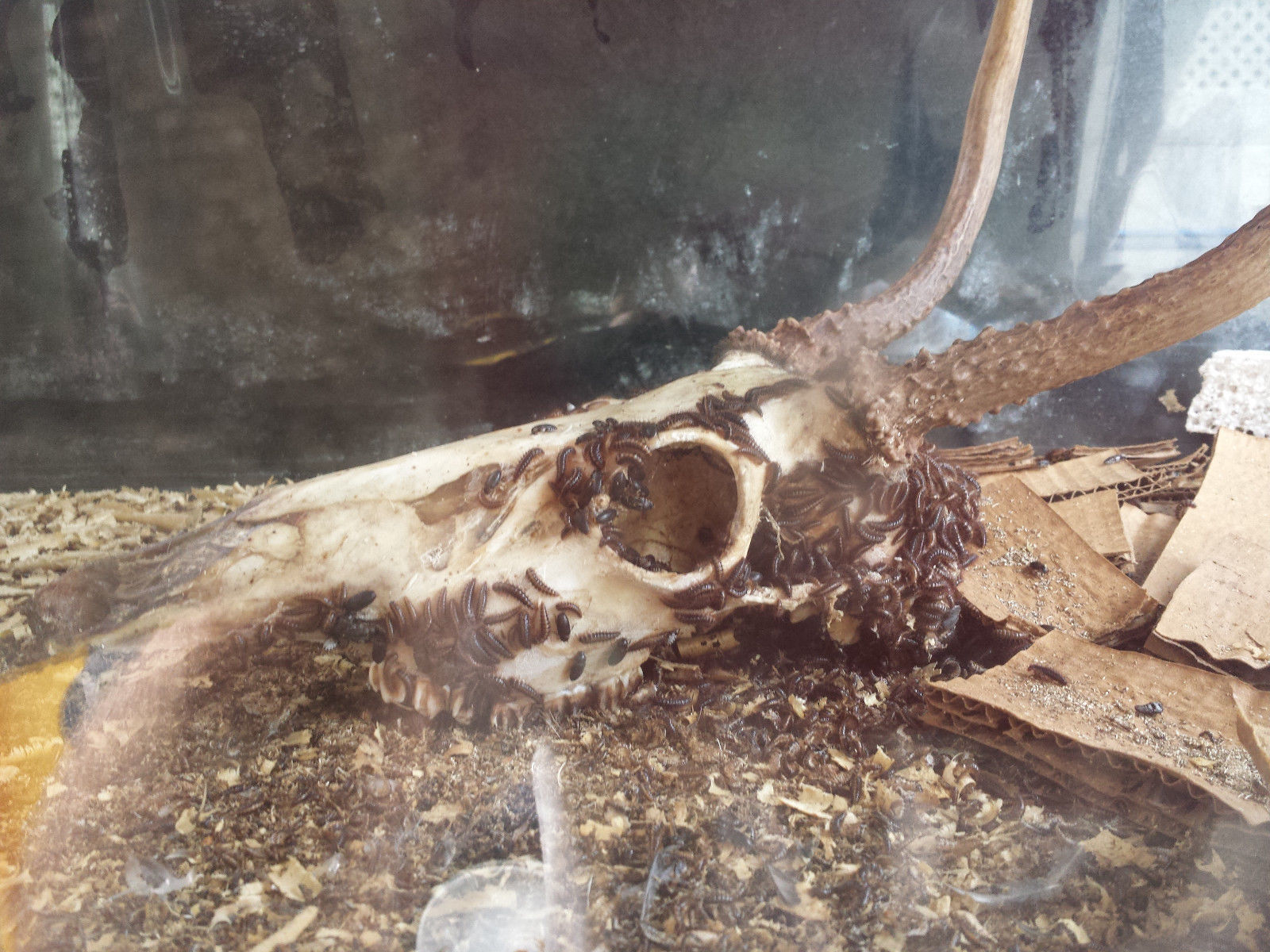 Dermestid beetles, also known as carpet beetles, are insects that prefer to feast on dead tissue including flesh and hair from carcasses. The dermestids live in colonies, and the adult insects live approximately three months. Long used in taxidermy, taxidermists use their colonies to ensure your hunting skull is cleaned and ready for display.

How are dermestid beetles used?

These flesh-eating beetles are efficiently used to preserve delicate skull bones while thoroughly removing the flesh. Because they clean carcasses so thoroughly, these bugs acquired the name of "dermestes maculatus." Taxidermists often use carpet beetles in order to preserve the delicate nasal or ear bones in the head that can be otherwise damaged if cleaned by hand.

Unless you prefer to wait eight weeks for a larva to become an adult beetle, you will need a sizable quantity of egg-laying adult beetles to start your colony. From that point, the number of beetles you need depends on the size of the skulls you wish to clean for taxidermy. Small skulls such as mice, pack rats, ground squirrels, or other small rodents will only require from 100-300 beetles. On the other hand, if you prefer to work with larger skulls such as bear or deer, you will need several thousand.

How do you care for a dermestid beetle colony?

Like most bugs, dermestids prefer a warm environment, possibly with a heating lamp, and do well at 70-80 degrees. The beetles can be kept in large plastic bins with appropriate bedding; however, especially when they start their taxidermy and cleaning work, the beetles will need to be in a place that is well-ventilated because of odor issues. Colonies of beetles do not require much hands-on maintenance.