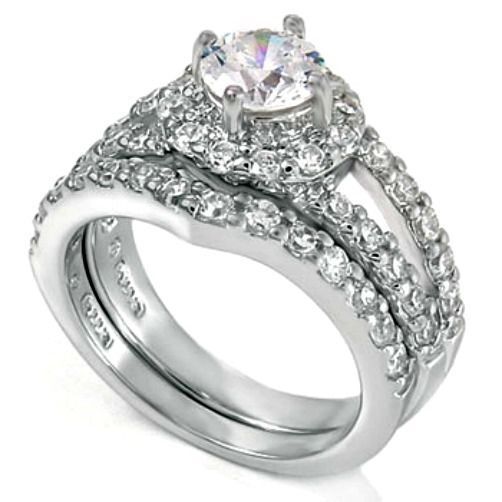 Platinum is one of the noble metals. Bright silver-white, it hypoallergenic and does not tarnish, which means that it doesn’t need to be alloyed with lesser metals, as is seen with gold. Platinum’s soft brilliance makes any wedding or engagement band beautiful, even if they do not have gems.

What kind of platinum bridal sets are available?

What types of gems are worn in platinum wedding and engagement ring sets?

Types of gems include:

Can platinum be paired with other metals?

Platinum can certainly be paired with other metals, including white, yellow and rose gold. These types of gold are alloyed with other metals to make them strong enough to be worn every day. Sometimes, even platinum is coated with rhodium, a very hard, silver metal that protects it.

What types of settings and styles do these platinum rings come in?

Settings and styles include: