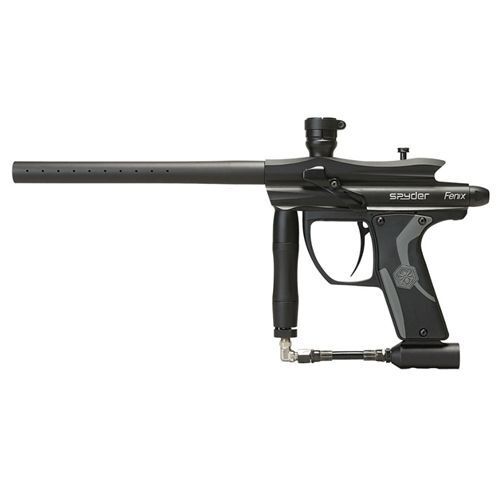 When its time for a paintball battle, different types of players may need the tactical advantage of a solid paintball marker or gun that is created to waste no ammunition. Since 1992, the Kingman Group has produced paintball markers for the serious player. If players are ready to find a new gun, they might consider the Spyder line for the next scenario.

What types of Spyder paintball markers are available?

Spyder makes paintball guns for all players with almost all of their models designed for new and intermediate users. From training pistols to electronic and military styles, the guns have a solid appearance and are created to perform well.

How do you clean a Spyder paintball gun?Does Spyder make different styles of grips for the gun?

If players decide that they would like a different grip style or design, they can exchange the previous grip for a new one. Other grip options include the ability to fold and adjust positions. Once they have their new grip, they can simply remove the old one and insert the new grip.

Are the Spyder markers compatible with holsters?

There are as many paintball gun holsters as there are markers. From hip, leg, and vest to shoulder holsters, the Spyder marker will be compatible with virtually all of them. Players can find a holster that is light enough not to weigh them down but is still durable enough to go the distance.

Content provided for informational purposes only. eBay is not affiliated with or endorsed by Spyder.