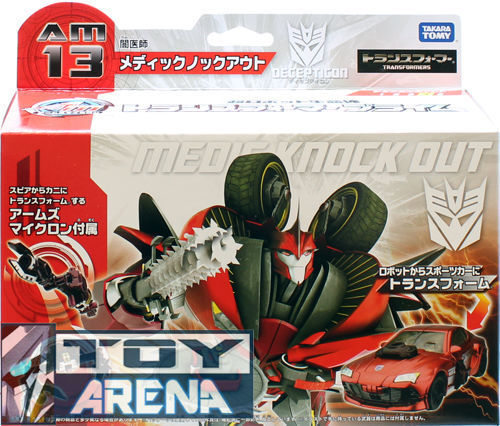 Transformers is a robot action figure line of toys that originated in the United States in 1984 and is still in production. Hasbro produces the line, having bought the rights to sell them from a Japanese company called Takara. The taglines, "Robots in Disguise" and "More Than Meets the Eye", refer to the action figures ability to shift via manipulation of the parts from a robot to a vehicle, animal, or device, and back again.

What are Transformers toys made out of?

Transformers toys are all made out of different kinds of thermoplastics. These will melt when heated. One of the main types used in Transformers toys is called Acrylonitrile butadiene styrene, which is also known as engineering plastic. It is sturdy and paintable. Polyamide is a more flexible kind of plastic that is used to make ball joints, which are required for the transformation ability. Polyamide is not paintable.

What are Star Wars Transformers?

Transformers began as toys and spread to animated cartoon TV shows and a live-action movie series. They appeal to children and adults alike. They transform from robots to objects or animals, and they can talk in the movies and TV shows.

The Star Wars Transformers line was started by Hasbro in 2006 and used characters from the Star Wars film franchise and the Clone Wars animated series. Characters depicted as robot action figures transform into vehicles and structures with which they closely affiliate, like Darth Vader and the Tie Fighter. An example of two action figures from this series are Chewbacca and Han Solo who combine when transformed to create the Millennium Falcon.

How difficult is it to transform a Transformer?

Difficulty varies from easy to rather complex. The "flip change" that happens when Transformers change to Beast Wars are simple to transform and only require you to flip one piece for the entire action figure to change. However, some of the models available on eBay, such as the ones from the Masterpiece line, require multiple steps and simultaneous part manipulations for the transformations to be complete. Instructions on how to transform the toys are included in the packaging from Hasbro.