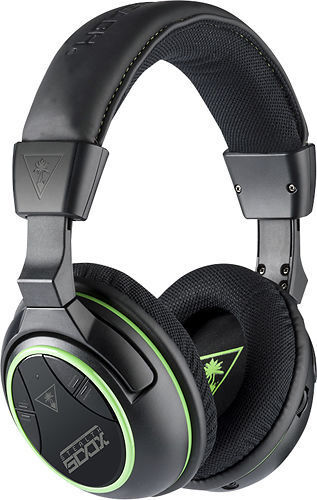 Turtle Beach video game headsets allow you to experience immersive sound in the video game you are playing, from the footsteps of oncoming opponents to the sound of gunfire in the distance. Headsets are available in both wired and wireless connectivity types. These headsets come equipped with features such as surround sound and noise cancellation.

Which platforms are these gaming headsets available for?

These models are compatible with a wide array of systems, and many can be used on multiple platforms. If you wish to choose one of these headsets for console or handheld gaming, theyre available for many Microsoft, Sony, and Nintendo consoles, ranging from the Nintendo DS and PlayStation 2 to the Xbox One and PlayStation 4. Along with the gaming consoles that they are compatible with, many of these gaming headsets by Turtle Beach can be used with personal computers for gaming and a wide range of additional applications, such as watching a movie or listening to music. They are also compatible with various Apple devices.

What are some features of Turtle Beach gaming headsets?

Turtle Beach gaming headsets are equipped with a range of features depending on the model. Many Turtle Beach headphones include volume controls on the headsets themselves, providing you with quick access to these controls. These volume controls also typically include a microphone mute button. Many models provide you with noise cancellation capabilities that assist with the reduction of ambient noises that could cause distortion with the audio from the game you are playing. A couple of additional features available on most models include the ability to fold the headsets into a more compact form when not in use and the ability to recharge the system whenever necessary. Surround sound and breathable mesh fabrics are also included in some models.

This is an audio feature found in select Turtle Beach models. In addition to the surround sound feature, it enables quieter noises in the background of a video game to become louder for the player. This feature is an option on the headset control dongle.

In what colors are these headsets available?

These headsets by Turtle Beach are available in various colors. Many models consist of an all-black construction although some models are multicolored with combinations like black and red, silver and black, and blue and black. Other colors that can be found in these Turtle Beach devices include white and green, blue, gray, clear, orange, silver, and red.

Content provided for informational purposes only. eBay is not affiliated with or endorsed by Turtle Beach.