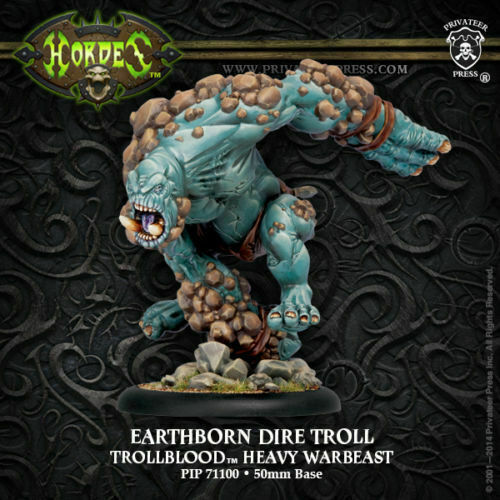 Warmachine is a type of board game that lets players control a variety of miniatures and create battles with multiple military units. These models are known as Hordes and are created by Privateer Press. Those who are interested in these types of game models have units from which they can choose for their playset.

How are these Warmachine battle units made?

Every Hordes figure is pressed into a hand-made mold that crafters create for each Warmachine game. Every Hordes legion and all other miniatures from these battle factions are designed by artists and a mold created to replicate their look. Once this mold is created, the figures are then pressed from it.

When a model or unit is finished and pressed, it is then painted by hand. After the painting is done, each model is detailed and sculpted for the game player.

What kind of Warmachine Hordes kits are available?

Those interested in these faction units have many Hordes kits they can purchase. Starter products include a variety of creatures, such as Warcasters, warlocks, trollbloods, wulfes, trollbloods, gargantuans, and much more. Each of these miniatures is designed to have slightly different effects and abilities

As a result, players of Warmachine and its many varieties can choose miniatures of Hordes and legions that reflect their unique playing style. For example, they can focus on trollbloods creatures to create a faction focused on bloody wars. They can also use Warcasters and warlocks if they are interested in focusing on magic and spellcasting.

Can you swap your miniatures with other games?

Privateer Press creates a broad variety of items that players can use for your games. Fans of Warhammer factions may want to swap out their units and use others pressed by Privateer Press. It is possible to use Warcaster and warlock models in these products if you adjust your playing style slightly.

You can also use creatures from other kings and protectorates, such as Everblight, Cygnar, Skorne, Gyrmkin, Warbeasts, and Warjacks. These characters can be swapped out with other Warcaster and warlock items to create a diverse force. Some of these factions can be collected in boxes, such as a Hordes box and an all-in-one army box.

What ways can you display your legion figures?

Those who want to show off their Privateer Press collection to others can create small displays that show off their figures. You can mix and match these figures in different ways. For example, you can set up a natural playset on which you place your figures. Or you can pose them in different fighting scenes to showcase their different looks.

Content provided for informational purposes only. eBay is not affiliated with or endorsed by Privateer Press.