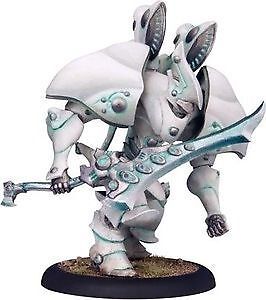 Welcome to Caern, the steampunk world of the Warmachine tabletop game. The human kingdoms fight with each other and the Hordes, employing constructs of steel and iron known as warjacks. Two or more players can do battle in Warmachine war games, but there will be only one victor.

What is the Warmachine game?

Warmachine is a tabletop strategy game published by Privateer Press. Positions are maintained using plastic and metal miniatures. Spells and other abilities are played from a hand of cards. Attack success is determined with dice rolls. Starter sets are available, and rulebooks, cards, dice, and miniatures can be purchased separately. In addition to the Warmachine core factions, there are Horde factions. Privateer Press allows games to played with any combination of game factions, including internal conflicts within a faction.

Which Warmachine factions are playable?

There are seven distinct Warmachine factions in the game that the players can use. These are:

Which Horde factions are playable?

There are five distinct Hordes factions in the game that players can use. These are:

How do the different Warmachine factions play?

All of the playable Warmachine groups in the game have different strengths and weaknesses.

How do the different Horde factions play?

All of the playable Horde groups in Warmachine have different strengths and weaknesses.

Content provided for informational purposes only. eBay is not affiliated with or endorsed by Privateer Press.