eBay has provided more information about this product above and is not affiliated with or endorsed by Apple.

*The average sold price is calculated based on "Buy It Now" items sold within the 90 day period described above (excluding shipping and handling). Each interval represents a 15 day period. There is no guarantee that items will always be listed at a price within the provided range.
Compare Similar Models 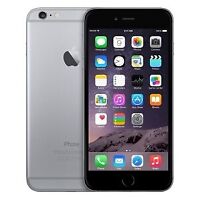 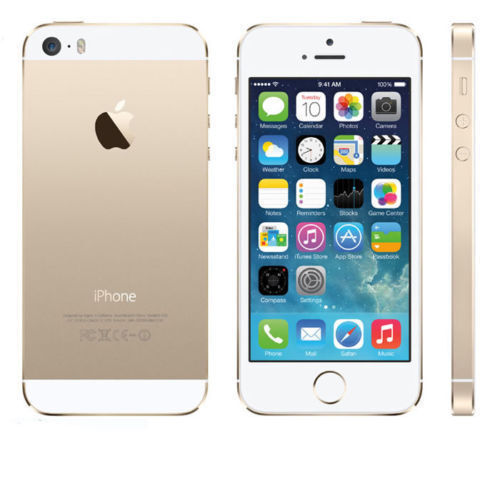 As many Apple users will tell you, their iPhone is one of the most important pieces of technology they own. It seems like phones do pretty much everything these days, from playing music and watching videos to doing most of the computing tasks that were once thought impossible on a handheld device. The iPhone 6s Plus picks up where the previous model left off, providing Apple fans with a phone that is not only bigger, but also better.

The most notable feature of the iPhone 6s Plus is its size: weighing in at only 6.77 ounces, this phone boasts a screen size of 5.5 inches and a sharp screen resolution of 1080 by 1920. This phone runs iOS 10, and like other iPhones on the market, has both a front-facing and a rear-facing camera, shooting at 5MP and 12MP, respectively.

Whats Under the Hood?

As the name suggests, the iPhone 6s Plus is a larger phone than the previous generation. But the size of the phone isnt the greatest benefit that it has over its predecessor; the best part of the phone is whats inside. The CPU is a powerful Apple A9, which works together with 3GB of RAM for smooth processing and seamless usage. It also offers the user a wide range of storage sizes, shipping with either 16GB, 32GB, 64GB, or 128GB of space. The battery life is also superior to previous phones because it comes with a 2,750 mAh lithium-ion battery.

The primary benefits of the iPhone 6s Plus can be divided into three main parts. First, this phone has heaps of power compared to its predecessors, which makes for slick performance and fast browsing. The phone also has a rear-facing camera, and a front-facing camera as well. Finally, this phone has great battery life, which allows for hours and hours of active usage and several days of standby time.

Extras to Watch Out For

To get the most out of the iPhone 6s Plus, keep an eye out for matching smart watches, cell phone accessories, and other components. Dont forget to find a sleek case to keep your phone protected.

Love your 6s Plus? The iPhone 7 Plus is a noted improvement to the 6s Plus, but with all the accoutrements and bells and whistles that the 7 brings. That being: portrait photography, weatherproof casing, a fast processor (even faster on the 7 Plus), and more.

The iPhone 8 is turning heads thanks to its glossy design and state-of-the-art features. With an OLED screen—which means less battery strain and a longer life—and a A11 Bionic chip, which means an even zippier user experience overall, the phone is twice as fast as its predecessor. There’s also a wireless charging option as well as a retina-scanning facial recognition feature built right into the phone. The all-glass 8 and its larger version, the 8 Plus, come filled with more features than any previous phone, including an enhanced 12-megapixel camera and dust and water-resistant exterior.

One of the most visually striking phones youll see is the new iPhone X, which has a screen that reaches top to bottom and measures in at 5.8 inches. The iPhone X is also the first iPhone to feature state-of-the-art retina-scanning technology, which puts this phone in a league of its own. The iPhone X ships in Space Grey or Silver, and comes in two sizes: 64GB or 256GB. With a weight of only 6.14 ounces, this addition does not compromise sleekness when its delivering fast processing speeds and feature-rich software. Should you get the latest Apple smartphone? The choice is yours, but the features certainly are intriguing.

Cap off your Thanksgiving break and skip the long lines thisBlack Friday. Without the crowd, shop amazing doorbuster deals on iPhone 6s Plus, toys, clothing, and more.

Content provided for informational purposes only. eBay is not affiliated with or endorsed by any of the brands mentioned above.