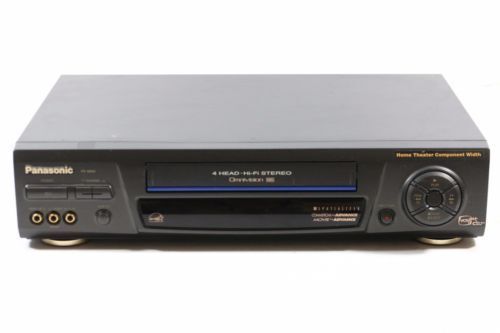 Home VCRs: What to Know

Finding the right player to view your classic collection of films and TV shows can be an exciting hunt, since they are no longer the main method of video play. There are many models and brands of home VCRs available, in new and used condition, on eBay.

How does a VCR player work?

VHS cassettes get inserted into the player to view a movie on a connected TV. Blank cassettes can also be used on some VCRs to record video as well. VCR players work with VHS cassettes to play videos on your TV. The cassettes that you purchase for your VCR have video and audio signals stored on plastic magnetic film. The tape is wrapped around two reels and gets fed through a drum inside the VCR, which in turn translates the information into the film that you will see on the TV.

What features do VCRs have?

Like many pieces of audiovisual equipment, VCRs can have a number of different features. They include:

What types of VCR are available?

Two main formats of VCR exist, VHS and Betamax. Of the two, VHS is the more common type. When both types of machine were introduced in the 1970s, the Betamax had a slightly higher resolution than the VHS. Betamax tapes were also slightly shorter in width, making the machine a more compact way to play movies. Betamax was owned exclusively by Sony while JVC, the creator of VHS, was willing to license the technology to any interested company. This made access to the VHS machine significantly greater and therefore the more common option. When movies came out on VCR tape, Betamax was not a viable format due to Sonys decision to limit the recording capabilities of the tapes to one hour or less. This again helped to secure the market for VHS, and by 1980 it became the only available format on the market.